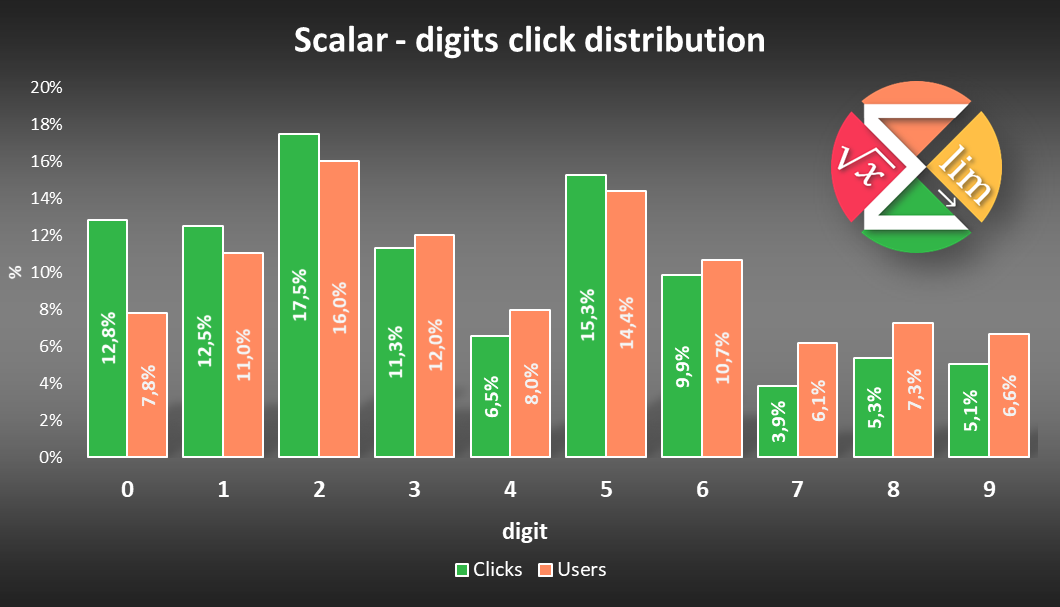 After few months of Scalar being present in the Google Play Store, we decided to check what is the distribution of digits (buttons) used by our users directly in the application. Below we present gathered data that say something, but we do not know exactly what. Maybe you will help in the interpretation? Do you see any relation to the Benford’s law?

The most frequently used numbers are 2 and 5. It is also well visible the effect of multi-use of the digit 0 considering particular user perspective. The digit, that is used the least often, is 7.

By removing the digits 0 and 3, we get the same order in terms of per clicks and per users perspectives.

Interesting! All the best! 🙂